The Peugeot 9X8 Is Coming Back To The Tracks

After a short break, Peugeot returns to the tracks with its brand new model in the Hypercar category, the Peugeot 9X8.

According to the brand statement, Peugeot has been leading the industry for more than 210 years by developing and bringing to market new transportation solutions with an approach that keeps pace with the times and predicts behavioral changes in the world. The brand also attaches great importance to motor sports, which is an advanced testing ground in order to develop innovative technologies and go beyond its own borders.

In this context, Peugeot, which has many motor sports successes in its history, returns to the tracks with its brand new model Peugeot 9X8 in the Hypercar category after a short break. The Peugeot 9X8, which was unveiled recently, is counting down the days to compete in the FIA ​​World Endurance Championship (WEC) and the 24 Hours of Le Mans. The adventure of the Peugeot brand in the WEC and 24 Hours of Le Mans, the world's most important motor sports organizations in terms of durability, goes back to the 1990s. For the first time as an official team, the brand appeared on the Sarthe track, where Le Mans 24 Hour races were held with the Peugeot 905 model, and competed fiercely by participating in the WEC and Le Mans 24 Hours races with the vehicles it developed in the following years. 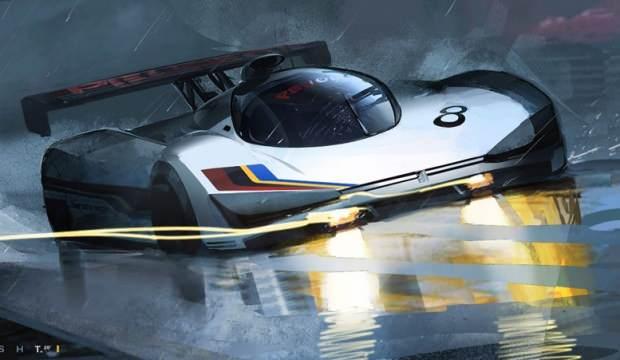 Endurance racing with the Peugeot 905

Peugeot first aimed to win the legendary 24 Hours of Le Mans with the 905 model. In this context, the Peugeot Sport Prototype development program started in December 1988. Introduced in February 1990, the car was a breath of fresh air. It was innovative, had a unique and purebred look, and the front part reflected the models of the period that belonged to the brand. The Peugeot 905 had a carbon fiber chassis developed in collaboration with Dassault. It was equipped with a 40-valve V10 cylinder 3.5-liter engine with 650 HP, very close to Formula 1 standards. Between 1990 and 1993 he gave a magnificent performance. With the 905, Peugeot competed with promising brands in this field such as Toyota and Mazda, as well as Porsche and Jaguar, which regularly produce cars for endurance races.

1992 was a turning point for Peugeot, which set two important goals: to be the World Champion of Constructors and to be the winner of the 24 Hours of Le Mans. In this context, some important changes were made to the vehicle for the 24 Hours of Le Mans. The front wing has been removed, the rear wing has been repositioned, and the front wing louvers have also been cancelled. The Peugeot team achieved successful results throughout the 1992 season with its updates. The team finished 2nd at Monza, 1st and 3rd at Le Mans, 1st and 2nd at Donington, 1st and 3rd at Suzuka, 1st, 2nd and 5th at Magny-Cours. This successful performance also helped the team to win the 1992 Constructors' World Champion title. As a result, the team achieved its goal. In 1993, one of the most important achievements of the Peugeot brand in the history of motor sports took place. The brand closed the podiums in the 1st, 2nd and 3rd places in the 24 Hours of Le Mans with three Peugeot 905s. This was the ultimate award for the company and its teams. Excellent Peugeot technology had reached its peak. The brand decided to quit after this historic result.

After the 905 and the 908 in 2007-2011, Peugeot is preparing to make a strong return to endurance racing with the 9X8. The Peugeot 9X8 continues the Peugeot brand's tradition of designing high-performance racing cars, following in the footsteps of renowned and victorious pioneers in endurance racing. With the 9X8, the Peugeot brand combines sportiness, technological know-how, efficiency and design excellence. Just like the Peugeot 905 example 30 years ago, the Peugeot 9X8 showcases the brand's aerodynamic and aesthetic qualities. The Peugeot 9X8 is a thin, elegant and attractive car that draws attention in every environment and evokes speed with its appearance. The distinctive lion's claw light signature stands out on the front and rear.

When viewed from the side, the Peugeot 9X8 stands out with its elegant lines. Mirrors integrate with the body in accordance with the aerodynamic structure of the vehicle. At the rear, there is a large diffuser that includes the headlights and is framed by elegant elements. The 9X8 does not have any rear wings. At this point, Peugeot Sport engineers and Peugeot designers were inspired by the new Hypercar regulations, the new top league of endurance racing. While others preferred to comply with the new regulations in a more traditional way, Peugeot teams chose to take risks and break new ground. 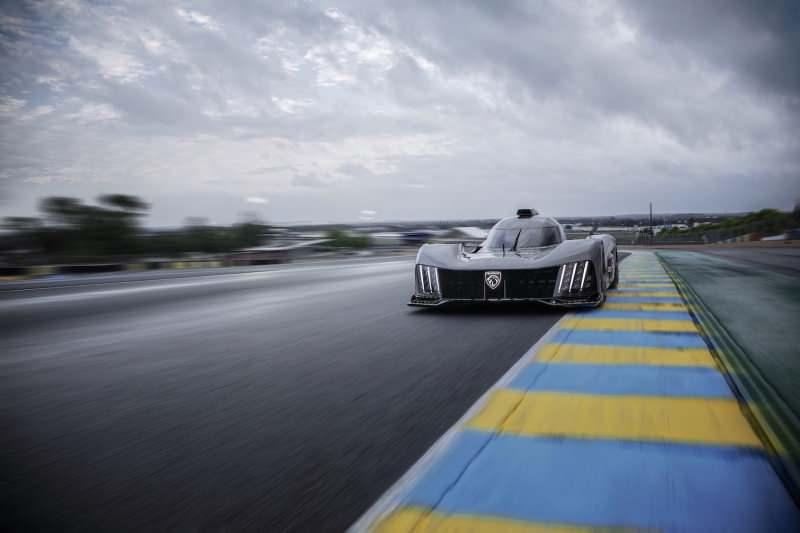 A hybrid system takes on the task of activating the new Peugeot 9X8. The 680 HP (500 kW) V6 biturbo petrol engine transmits its power to the rear axle, while the 270 HP (200 kW) electric motor/generator transmits its power to the front axle. The regulation allows hybrid cars to be all-wheel drive, but sets limits on the operating principle of the system. When determining the power to be transmitted to the front wheels, the regulation stipulates that the total system power should not exceed 750 HP (550 kW). Hybrid technology is an advantage as it brings with it the possibility of all-wheel drive. But it also presents a major technical challenge, as it makes power-train systems more complex. The Peugeot brand aims to switch to electric as soon as possible with its product range, and in line with this aim, it wants to introduce innovative technical developments and to be a pioneer in races. The new 9X8 program will shed technical light on Peugeot's future electric models.

There are three different meanings under the name of Peugeot's new Hypercar model 9X8. These two numbers and the X symbol are defined as follows:

"9 characterizes the manufacturer's two key racing cars, the iconic 905 (1990-1993) and 908 (2007-2011) that achieved great success in endurance racing. The X is one of the four-wheels used in the new Peugeot Hypercar model, which gives the brand a significant advantage in its electrification strategy. The 8 is a common name used in all new Peugeot models, including the 208, 2008, 308, 3008, 5008 and of course the Peugeot 508, the first model with the Peugeot Sport Engineered label, created by the same engineer and design team as Hypercar. Like the 508 Peugeot Sport Engineered, the Peugeot 9X8 is part of Peugeot's Neo-Performance strategy, which aims to deliver informed and responsible performance both in production vehicles and in the racing world. Collaboration was vital.”