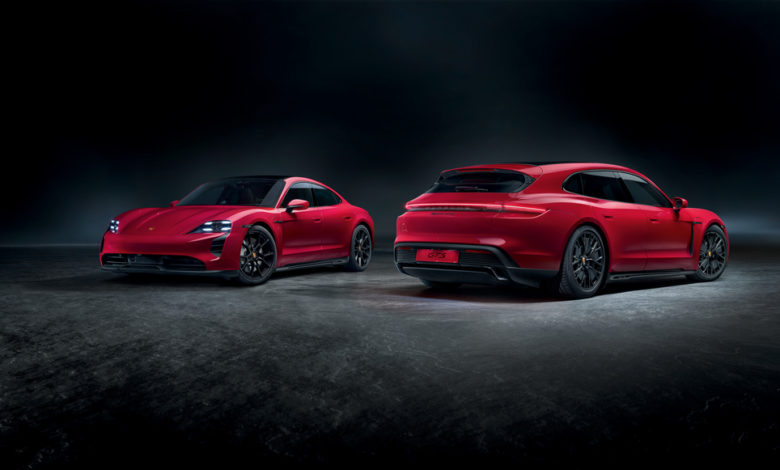 The panoramic roof with Sunshine Control, which is offered as an option in the Taycan GTS model and used for the first time in the automotive industry in the world, can change from a transparent appearance to a matte appearance thanks to the liquid crystal film.

These three letters, which are recognized for the first time with the 904 Carrera GTS, which Porsche introduced to the market in 1963, namely Grand Turismo Sport, have a special meaning for Porsche fans since then. This legendary letter combination is now featured in every Porsche model series.

Porsche is presenting a new version of its all-electric sports car, Taycan, bearing the GTS abbreviation, for the first time at the Los Angeles Auto Show. The new sports model, which can offer a range of up to 504 km according to WLTP, is thus the first Taycan model to exceed a range of 500 kilometers. The Taycan GTS and Taycan GTS Sport Turismo models are scheduled to hit the market in spring 2022. 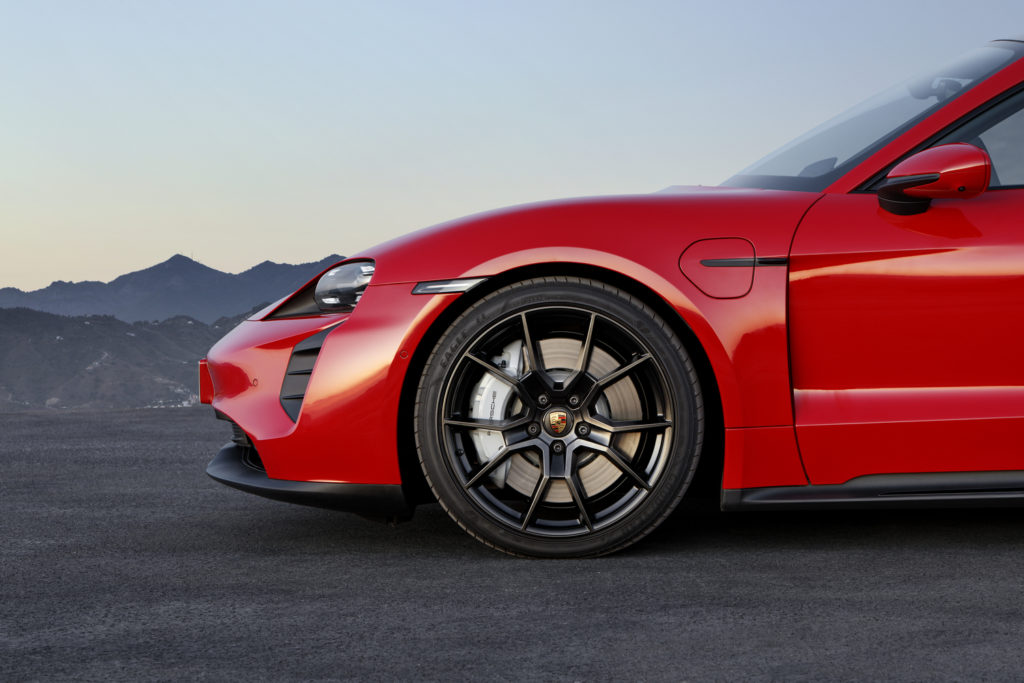 Sporty touch to the series

The versatile sporty model of the model range, the Taycan GTS produces an impressive extra engine power of 440 kW (598 PS) with its active power load with Launch Control. Zero to 100 km/h can be reached in 3.7 seconds in both body options. The maximum speed of the duo is 250 km/h. With the updates made in the Taycan GTS versions, the driving range has also been increased. Adaptive air suspension with Porsche Active Suspension Management (PASM) has been specially adapted for the GTS model, affecting lateral dynamics. The optional rear axle steering system has made the car even sportier. A richer sound system is available, emphasizing the character of the new GTS model, with modified Porsche Electric Sports Sound equipment. 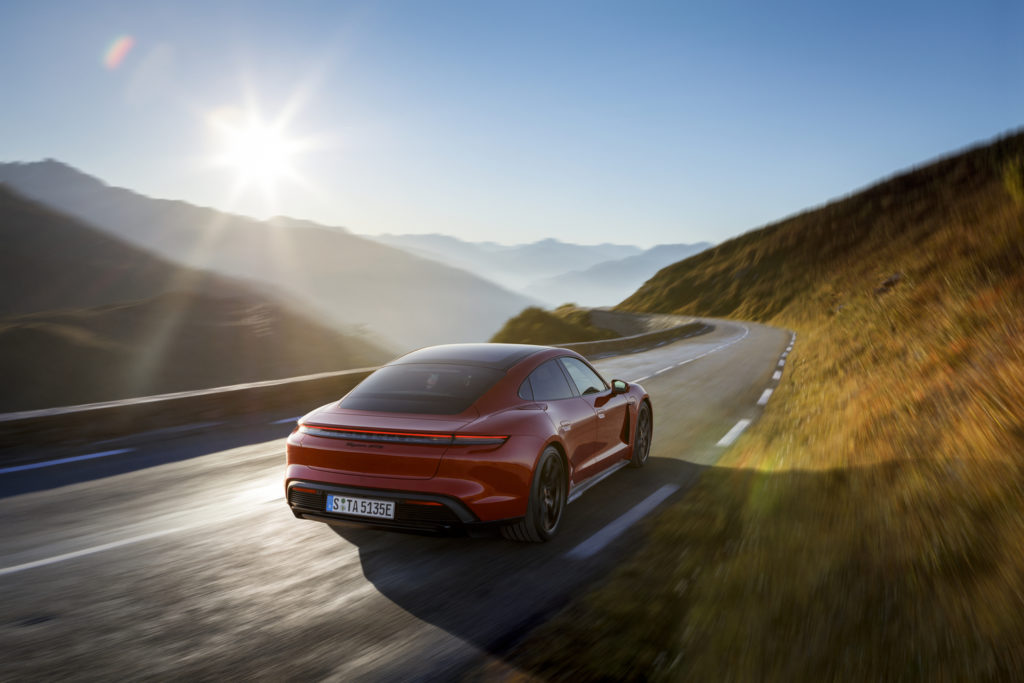 Exterior design and interior have characteristic features. As is customary in GTS cars, when looking at the exterior, there are black or dark details in many parts such as the lower front panel, the bases of the exterior mirrors and the side window moldings. Numerous Black Race-Tex features in the interior reveal an elegant and dynamic ambiance, as do the standard black brushed aluminum interior package.

Taycan Sport Turismo: The best of the Taycan world 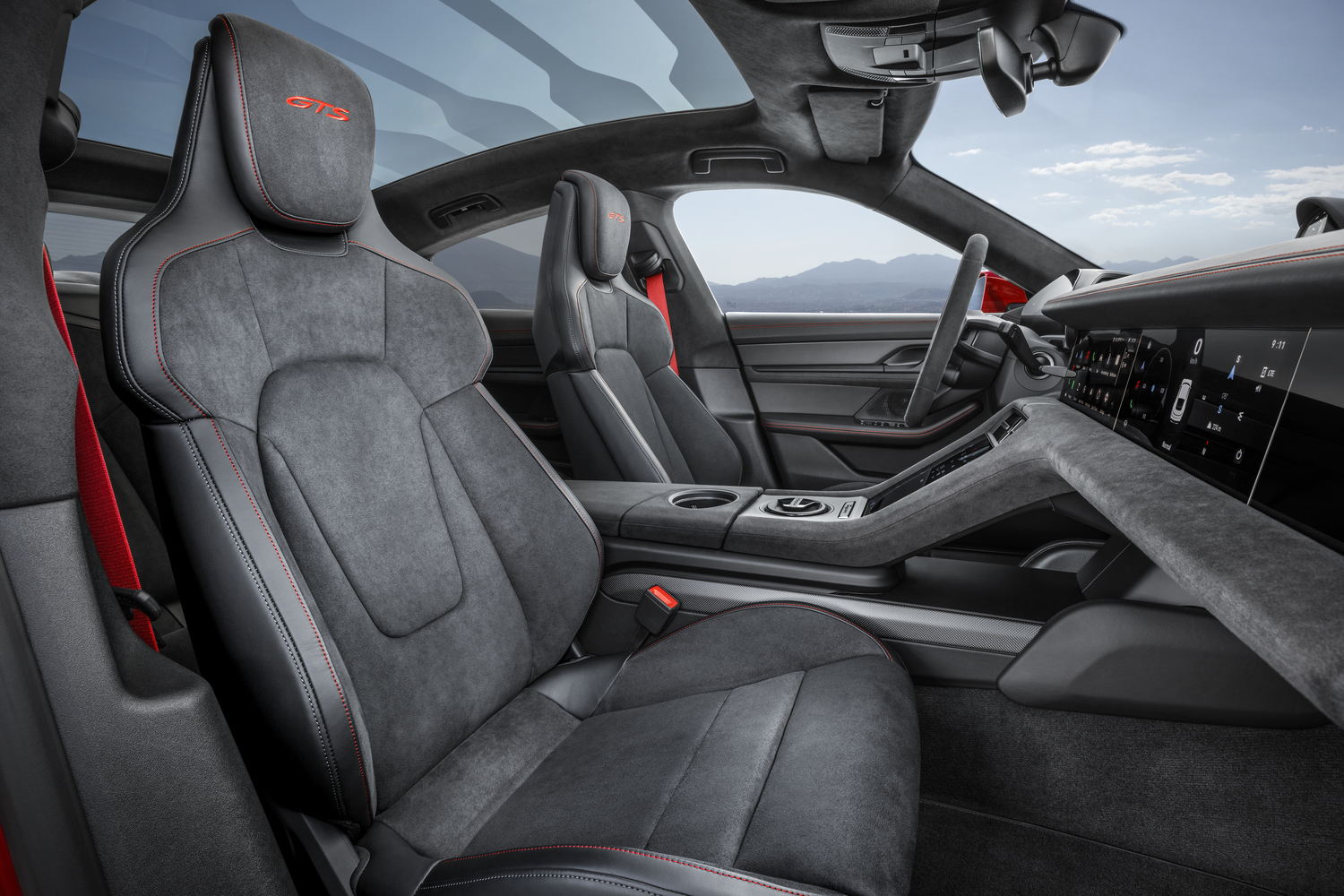 The panoramic roof with Sunshine Control is offered as a new optional feature on the Taycan GTS model. An electrically switchable liquid crystal film can make the ceiling change from a transparent to a matte appearance. This feature prevents the occupants of the car from being affected by the sun's rays without darkening the interior. With this feature, which is a world first in the automotive industry, the roof is divided into nine sections that can be changed separately. In addition to the Clear and Matt settings, Semi and Bold features can also be selected.