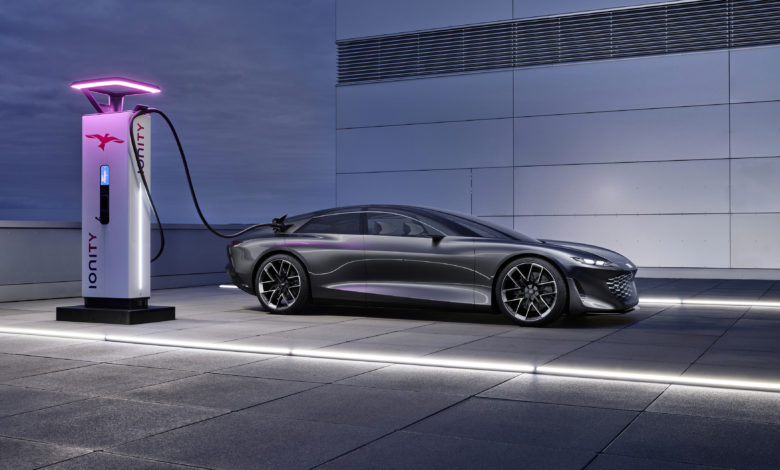 Audi introduced the concept model Audi grandsphere, which it will exhibit at IAA 2021. The 5.35 m long grandsphere draws attention with its fourth level autonomous driving characteristics.

Audi introduced the Audi grandsphere, the second of three 'Sphere-Sphere' concept models, which it will exhibit at IAA 2021. Reflecting the technologies and design features that Audi will use in its future models, the Audi grandsphere reveals the brand's claim to what it can offer in technological transformation and holistic mobility.

Introducing the skysphere, which can transform into an autonomous sports car with a variable wheelbase, in August, Audi aims to present its third model in 2022 after its second concept, the Audi grandsphere: Audi urbansphere…

This new concept of Audi, where the steering wheel and pedals are hidden, transforms the traditional driver-oriented cockpit and passenger compartments into a spacious saloon and offers new areas of freedom for all passengers. Audi grandsphere not only frees the driver from driving duties, but also allows everyone in the cabin to experience this freedom with different experiences; It offers a space with a wide variety of options for communication, rest or work. The Audi grandsphere is transforming from an automobile into an "experience device".

With Audi integrating other digital services alongside its own services, the possibilities are almost endless: from planning the route with the most beautiful scenery to detailing the restaurant or accommodation options on the route. The vehicle also takes on daily tasks as well as driving. Audi grandsphere receives information about available destinations on the route and, if necessary, performs tasks such as parking and charging there. 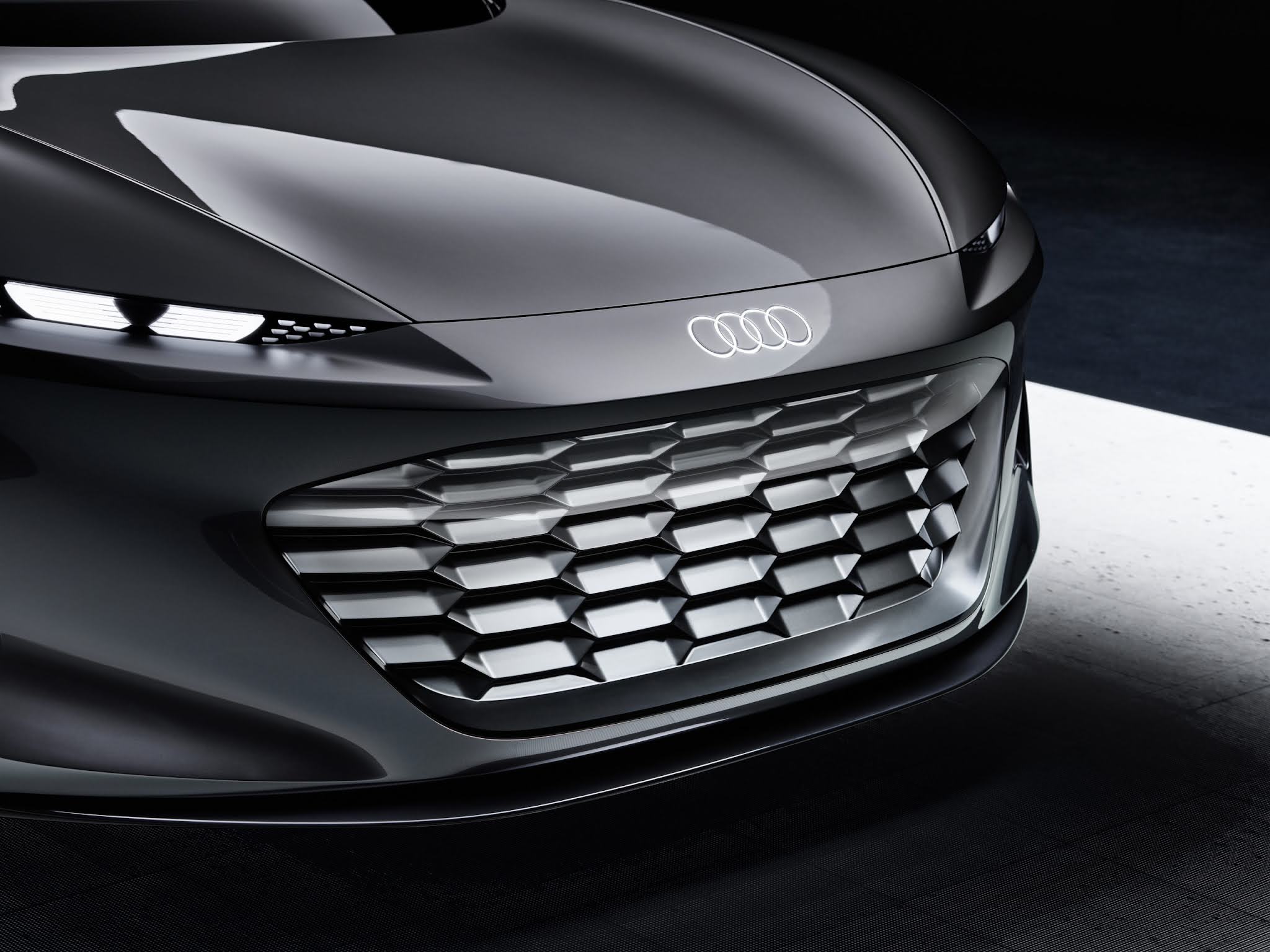 In the Audi grandsphere, the doors are inverted; Column B does not exist. The entire world of the interior opens as you get into the vehicle. Opening its doors to its passengers, the Audi grandsphere welcomes them with its own screen displays and ambient light. It automatically detects the driver and front passenger and automatically adjusts a number of personal comfort features such as climate controls and seat positions. At the same time, the infotainment system accesses and maintains passengers' most recently used services. For example, in the passenger compartment, a video that a passenger watches on their tablet before getting in is automatically played on the 'screen surface' in the Audi grandsphere. On the driver's side, the news that the passenger read before boarding is automatically received and displayed by the 'projection surface'. 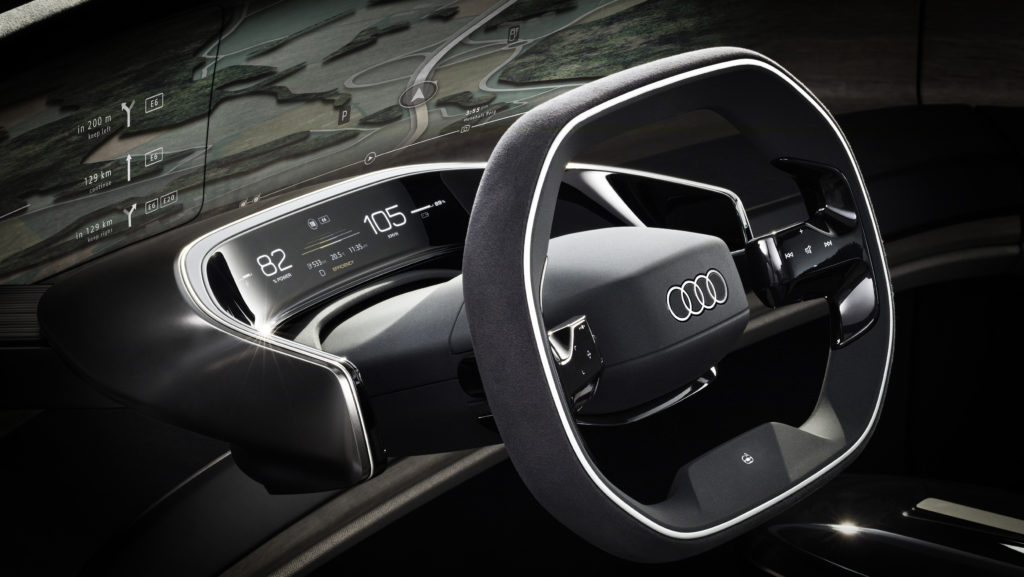 Audi grandsphere's technology is based on the platform known as Premium Platform Electric, or PPD, and is designed for all-electric propulsion systems. At the core of the PPD at Grandspher is a battery built between the axles, providing around 120 kWh of energy.

This layout also results in successful basic proportions in design, a long interior space and therefore ample legroom in both rows of seats. In addition, the absence of gearbox and shaft tunnel, as in electric cars, increases spatial comfort.

Audi grandsphere is not giving up on the brand's trademark quattro drive system. Featuring separate electric motors mounted on the front and rear axles, this concept car uses electronic coordination to provide all-wheel drive and strike a balance between driving dynamics and energy efficiency. The two electric motors of the Audi grandsphere concept provide a total power of 530 kW and a torque of 960 Newton meters. 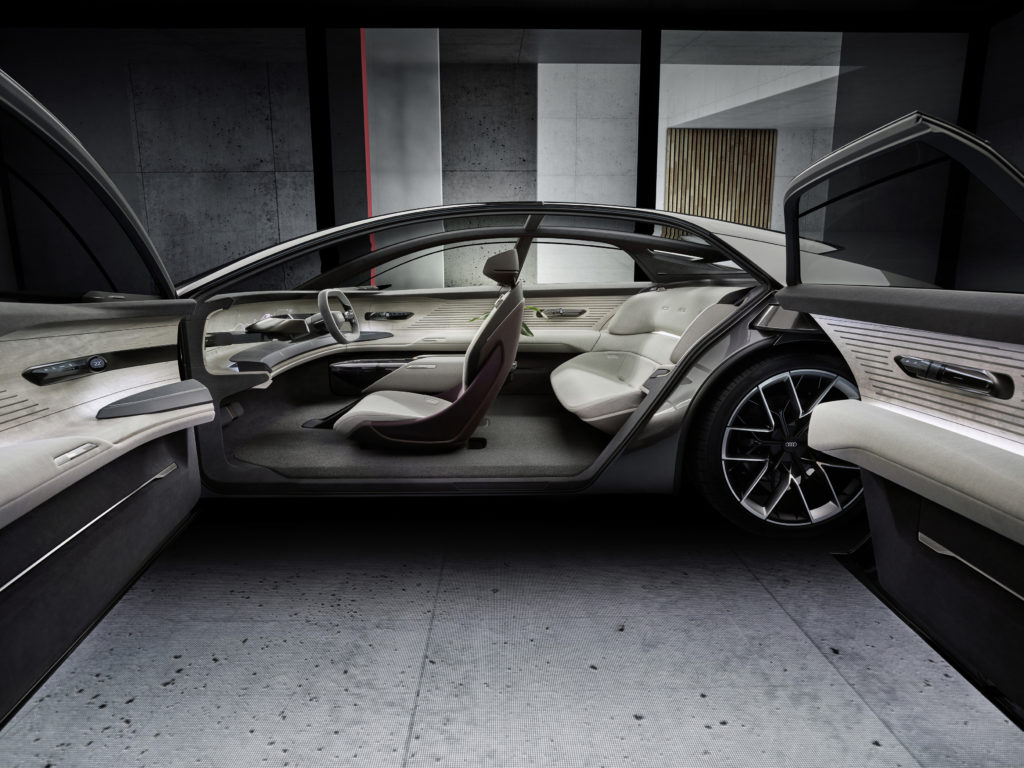 At the heart of the propulsion system is 800-volt charging technology. This technology, which was previously used in the Audi e-tron GT, enables the battery to be charged up to 270 kW in a very short time at fast charging stations.

It takes 10 minutes to charge the Audi grandsphere, which charges in almost the same time as it takes to refuel a car with a conventional engine, to reach a range of more than 300 kilometers. In less than 25 minutes, a 120 kWh battery can charge from 5 percent to 80 percent. The Audi grandsphere reaches a range of more than 750 kilometers, depending on the selected drive system and power output.

In terms of dynamic qualities, the Audi grandsphere really outperforms its internal combustion engine rivals: it accelerates from 0-100 km/h in just over 4 seconds.