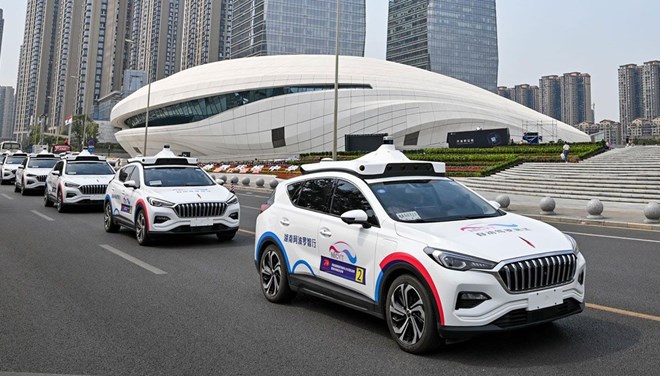 Baidu commercially launched the taxi service in the Shougang Industrial Park in the Shibingsan region of the capital, Beijing, under the name of robotaxi.

Passengers who will use Baidu's service in question need to call the vehicle over the phone with a mobile application called "Apollo Go".

When the vehicle arrives, the data matrix in the application is matched with the one on the vehicle, and the vehicle opens its doors to the passenger and the journey begins.

The driverless paid taxi service, which is commissioned at a distance of about 3 kilometers, will receive 30 yuan from the passengers for each boarding.

Providing service at 8 different points with 10 vehicles for now, Baidu will start operating in other cities over time

Baidu, which has been developing and testing for several years, has 500 autonomous vehicles in its driverless vehicle fleet.

Baidu has been running test drives in many districts of Beijing, including Haydien, Shunyi and Daşing, since October 2020.

In addition to Baidu, the taxi-calling firm Didi also has its own driverless vehicle work in the country.