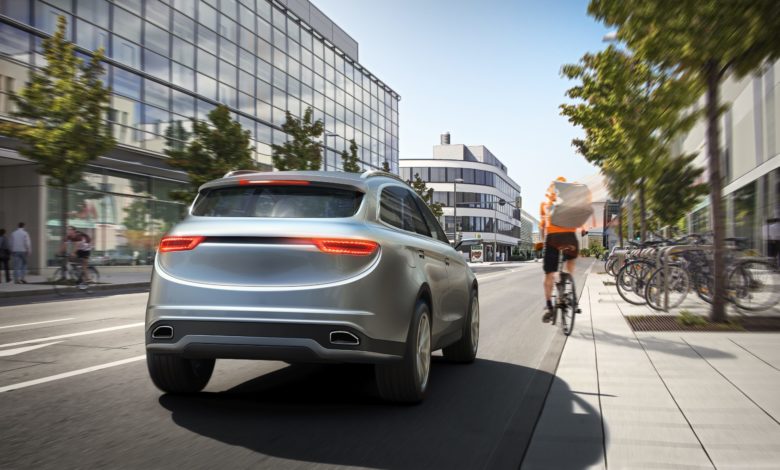 In addition to the camera and radar, Bosch has completed autonomous driving equipment with its long-range sensors.

Stuttgart, Germany/Las Vegas, NV, USA - Before a safe autonomous drive becomes a reality, a third sensor is required in addition to the camera and radar. That's why Bosch makes long-range lidar sensors ready for production, the first lidar (light sensing and distance measurement) system suitable for automotive use. This laser-based distance measurement technology is a sine qua non system on the autonomous driving path starting from SAE level 3. The new Bosch sensor will cover both long and close ranges on highways and in the city. Bosch wants to reduce the price of sophisticated technology using the economics of scale and make it affordable for the mass market. "Completing the gap in the sensors, Bosch makes autonomous driving a viable option," says Harald Kroeger, Member of the Board of Bosch.

Bosch technology is on the alert for all autonomous driving situations

It has been confirmed by the analyzes carried out by Bosch that only maximum safety can be achieved in autonomous driving when three sensors are used in parallel. In these analyzes, the developers investigated all uses for autonomous driving functions, from the highway assistant to full autonomous urban driving. For example; In an intersection, as the motorcycle approaches a high-speed autonomous vehicle, lira is needed in addition to the camera and radar to ensure that the motorcycle is reliably detected. In this case, the radar may have trouble detecting the narrow silhouette of the motorcycle and plastic windbreakers. In addition, the camera may be mistaken if intense light is placed on it. Therefore, radar, camera and lira are needed to perfectly complement each other and provide reliable information in every driving situation.

Lidar is an essential element of autonomous driving

We can think of the laser as a third eye: In Lidar systems, the sensor emits laser lights and captures the reflected laser light. The system then calculates the distances based on the measured return time of the light. Lidar provides extremely high resolution with a long range and a wide viewing angle. As a result, the laser-based distance measurement tool can reliably detect non-metallic objects, such as stones on the road, from a fairly long distance. This means enough time for driving maneuvers, such as braking or breaking the steering wheel.

Utilizing sensor expertise and system know-how in the fields of radar and camera technology during the development of lidar, Bosch can use all three sensor technologies in harmony. "We want to make autonomous driving safe, comfortable and impressive," said Kroeger. Thus, we will make a decisive contribution to the mobility of the future. ” In addition to meeting all safety requirements for autonomous driving, Bosch’s long-range lidar will enable automakers to efficiently integrate technology into a wide range of vehicle types in the future.

The brand is an innovation leader in sensor technology for driver assistance systems and autonomous driving. The company has developed and produced millions of ultrasound, radar and camera sensors for many years. In 2019, Bosch's driver support systems sales increased by 12 percent and reached approximately 2 billion Euros. These support systems lay the groundwork for autonomous driving. Bosch engineers recently developed the camera technology used in cars with artificial intelligence to a new level. Camera technology detects objects, categorizes them into classes such as vehicles, pedestrians or bicycles and measures their movements. In congested city traffic, the camera can quickly and reliably detect and classify vehicles, pedestrians and cyclists who are partly ambiguous or passing. This feature allows the vehicle to warn of the situation or trigger the emergency brake maneuver. Bosch engineers are also constantly improving radar technology. The latest generation of Bosch radar sensors better perceives the environment of the vehicle, even in bad weather or poor light conditions. Higher detection range, large aperture and high angular separability are the basis for this improved performance.